A Green Deal for European nature 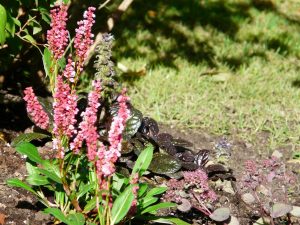 On the 11th of December the European Commission presented the Green Deal to the European Parliament. As Europe’s “new growth strategy” the Green Deal aims to make Europe the first climate neutral continent by 2050, along with other targets mainly on energy, building renovations, the industry and mobility.

By setting higher ambitions, the EU sends out a signal to both Member States and other countries; by 2030 the EU needs to reduce its emissions by 50-55% compared to the previous goal of 40%. To support this goal, all future European decisions need to align with it, according to the European Commission. This would eventually require a transformation of the economy, among which major sectors such as the agriculture, energy, mobility, industry and trade sectors.

While the European Green Deal clearly recognises the current environmental challenges and threats, the coming months will have to show whether the European Commission will follow the strong scientific evidence and recommendations in adding more detail to the Deal. Furthermore, with a focus on climate, much is left to be desired for European biodiversity. We believe that in the coming months ambitions should be strengthened and strong, quantitative targets for biodiversity, and the restoration and protection of Europe’s nature can and should be set.