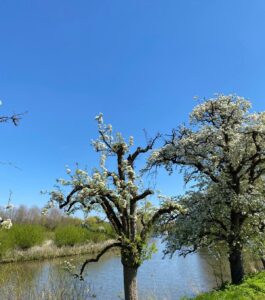 The Conservation Landowners Coalition (CLC) was created as a hub at EU level for all collaboratively implemented private land conservation (PLC) activities of the LIFE ENPLC project partners, taking a supervisory role in their implementation and the continuation after the project. The CLC is equally composed of landowners and conservationist partners representing the European Landowners’ Organization (ELO) and Eurosite – the European Land Conservation Network. It is part of the LIFE ENPLC project which continues the efforts made under the LIFE ELCN project.

The CLC, in the name of Eurosite and ELO, provided feedback on the European Commission’s draft TECHNICAL NOTE ON CRITERIA AND GUIDANCE FOR PROTECTED AREAS DESIGNATIONS (version 02.02.2021) that “other effective area-based conservation measures” (OECMs) can contribute to the target of the European Biodiversity Strategy to protect at least 30% of the land and sea in the EU by 2030 (“30×30”). The believe that private land conservation in particular has an important role to play in reaching the targets of the EU Biodiversity Strategy was highlighted to the European Commission . The potential that OECMs have for private landowners willing to contribute voluntarily to the EU’s 30×30 target was also highlighted. Please find the full letter here.

On the topic of OECMs, Eurosite in cooperation with the ILCN invites you to join a webinar on OECMs scheduled to take place on 26 May.