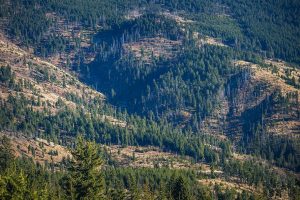 The European Commission has announced to pursue legal action against Romania to stop the illegal deforestation happening in the country. The announcement follows after the death of several forest rangers over the past years and the official complaints by environmental groups Agent Green, ClientEarth and EuroNatur against the ongoing destruction of tens of thousands of hectares of protected old-growth and primeval forests.

Last year, an inventory by EuroNatur has shown that Romania is still home to over 525.000 hectares of old growth and virgin forests, more than any other EU state (except for Scandinavia). These forests provide rich biodiversity and important habitats for animals such as beetles, bats, owls, bears and lynxes, and furthermore capture enormous amounts of carbon, making them of great importance for Europe’s biodiversity and carbon capture. Nonetheless, the amount of forest is decreasing at a fast pace.

On 12 February 2020, the EC has stated that “In the case of Romania, the national authorities have been unable to effectively check the operators and apply appropriate management sanctions.”, thereby failing to prevent timber companies from producing and placing products on the EU market made from illegally harvested wood. Furthermore, they have found that Romanian authorities have failed in tracking illegally harvested timber, in assessing the impacts of logging and in protecting Natura 2000 sites, which is in breach with the Habitats and Birds Directives. This has led the EC to send a letter of formal notice to Romania, giving them one month to take the necessary measures to address their shortcomings.

The Romanian government now has one month to implement the necessary measures to address their shortcomings in protecting Natura 2000 sites and implementing the EU Timber Regulations.