Skip to content
Join us
Home » EU Pollinators Initiative: will the EU approach be sufficient for tackling pollinator decline?

EU Pollinators Initiative: will the EU approach be sufficient for tackling pollinator decline? 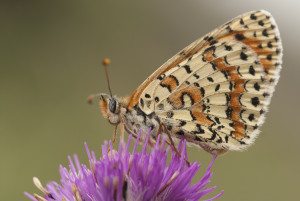 Last Friday, the European Commission launched the EU Pollinators Initiative. This initiative addresses the rapid decline of wild pollinators, such as bees, butterflies, moths, and other fly species. After a public consultation that received a massive response this spring, the European Commission adopted a Communication on the first-ever EU initiative on pollinators on 1 June 2018. The Initiative sets strategic objectives and a set of actions to be taken by the EU and its Member States to address the decline of pollinators in the EU and contributes to global conservation efforts. It sets the framework for an integrated approach to the problem, and a more effective use of existing tools and policies. The initiative sets actions under three priorities:

Sounding promising and with good intentions, the proposed initiative however has no binding legislative forces and lacks measures or consequences for non-compliance. Additionally it does not address the most important drivers of pollinators decline whatsoever (intensive agriculture, pesticide use and land use change), leaving it up to EU member states to make the initiative work. Please find more information on the EU Pollinators Initiative here.