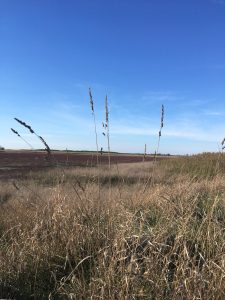 The report that the Bulgarian government has sent to Brussels regarding the EU’s Natura 2000 nature protection project is an “outright fake” claims the Bulgarian Academy of Sciences (BAN), hereby confirming EURACTIV Bulgaria’s earlier findings.

“A €9-million leva (4.5 million euro) on the state of species and natural habitats in Bulgaria, paid for with EU taxpayers’ money, may, in fact, be a sham, EURACTIV’s Valia Ahchieva reported last December. Ahchieva is an award-winning journalist. Her next investigative article brought about the arrest of the minister of environment Neno Dimov, although on a different account.

Ahchieva found evidence that the report Bulgaria sent to Brussels, which serves as the basis for disbursing hundreds of millions of euros of EU funds under Natura 2000 for a six-year period, was written by people with no knowledge of the issues, who did not consult specialists.

Natura 2000 is the largest coordinated network of nature protection areas in the world, covering more than 18% of the EU’s land area and almost 6% of its marine territory.
The task of writing the report was awarded to ENVIMON, a private company with no expertise on issues such as biodiversity, species or natural habitats.

The academic community stated that the information sent to Brussels is not based on scientific data and is basically a falsification. In an official statement, it said:

“The monitoring of biodiversity in 2013-2018 in Bulgaria for the purposes of national reporting under Art. 17 of the Habitats Directive was not carried out, due to the failure of the Ministry of Environment and Waters and the Executive Agency on Environment to organise it. However, reporting of the results of such monitoring was prepared and submitted to the European Environment Agency!”

‘Damage to the country’s authority’

“We refuse to participate in working groups that claim to have produced a scientific product without having done the relevant research. We do not want to legitimise such an approach, because we fear that damage can be done to the Bulgarian nature, society and the authority of our country on a European scale”, BAN wrote.

Asked by EURACTIV to comment, Commission spokesperson Vivian Loonela made it clear that Bulgaria was trying to correct its blunder.

She said Bulgaria had delivered its report for the 2013-2018 period to the European environment agency in August 2019, but then in January submitted corrected parts of the report, particularly on the species data. The European Environment Agency is now analysing the report, she said.

“It’s not for me to say why the Bulgarian authorities did that,” the spokesperson added.

In the meantime, EURACTIV has learned that the updated data, sent by the authorities to Brussels in January, are also disputed by BAN.

Asked if those who wrote the fake report will have to return the money (reportedly drafting the report cost €4.5 million), Loonela said it was a question for the Bulgarian authorities.

Boris Karakushev, the manager of ENVIMON, refuted BAN’s criticism on a website that has won the reputation of being an instrument for slandering the critics of the government.

EURACTIV Bulgaria asked the country’s authorities if ENVIMON would have to return the money. It has not received an answer by the time this article was published.”