Skip to content
Join us
Home » How does climate change affect birds?

How does climate change affect birds? 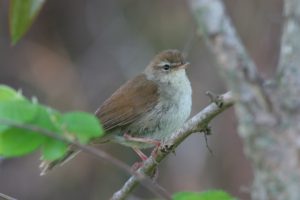 A new long-term monitoring study is the first to demonstrate that climate changes are having divergent effects on populations of bird species across Europe and the United States. The study identifies broad-scale impacts on the abundance of common bird species over a 30-year period, to show that, overall, populations of bird species across both continents are being affected by changes in climate. The research adds to a growing body of evidence that climate change is affecting biodiversity either positively or adversely, depending on species’ climate preferences.

Photo: Populations of Cetti’s warbler (Cettia cetti), a species with a southerly distribution in Europe, have increased in recent years © Saxifraga-Luc Hoogenstein