Marine policy makers from around Europe gather in Tenerife 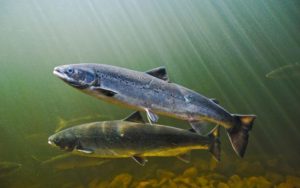 Marine policy makers from around Europe gathered in Tenerife for the annual meeting of the OSPAR Commission for the protection of the marine environment of the North-East Atlantic.

Following a busy week of discussions OSPAR also announced that 10 new Marine Protected Areas had been added to its network this year bringing the total to 423.

Eurosite is linked to the OSPAR commission through their Marine and Coastal Protected Areas Working Group.