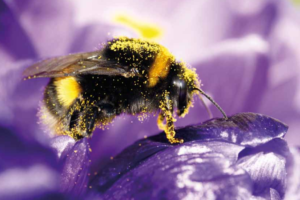 The European Commission has launched a roadmap on the EU Pollinators Initiative.

Animal pollination is a vital process in nature and is essential for our food production. In Europe pollinators are primarily insects like bees, hoverflies, butterflies, moths and beetles. Some of these species are domesticated, like for example honey bees.

Despite taken measures, in 2015 the mid-term review of the EU biodiversity strategy to 2020 showed that animal pollination services might be significantly decreasing in the EU. In response, the European Parliament called on the Commission to launch a European initiative on pollinators. The Council also stressed the need to protect pollinators and their habitats in order to mitigate and stop their decline. The need for a strategic intervention across different sectors was highlighted in the first global assessment of pollinators issued by the IPBES. In December 2016 the Convention on Biological Diversity endorsed its conclusions and highlighted the important contribution of pollinators to the Sustainable Development Goals. Public consultation on the roadmap is open until 29 December. It is expected that there will be an additional 12 weeks of public consultation on the initiative early in 2018.