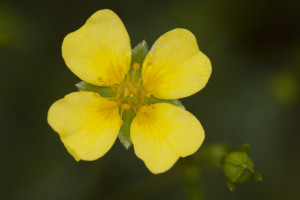 The European Commission has launched the 2016 edition of the EU Natura 2000 Award. The annual Award, now in its third year, honours leading nature conservation achievements connected to Europe’s Natura 2000 Network of protected areas.

“The Natura 2000 Network is not only the centrepiece of European nature and biodiversity policy, it is also a hugely effective framework to connect the thousands of Europeans working and volunteering to conserve our precious protected areas,” Environment, Maritime Affairs and Fisheries Commissioner Karmenu Vella said on the occasion of the launch. “For the past two years, the Natura 2000 Award has highlighted the top conservation achievements of these dedicated citizens and groups. In 2016, we will once again recognise the best of the best and I encourage organisations and individuals involved in the Natura 2000 network to apply now!”

The Award is open to any organisation or person involved in Natura 2000, including public and local authorities, businesses, NGOs, land owners, educational institutions and individuals. The application period runs from 7 October to 1 December 2015 and the Award comprises five categories: Conservation; Socio-Economic Benefits; Communication; Reconciling Interests/Perceptions and Cross-Border Cooperation and Networking as well as a European Citizens’ Award. Introduced for the first time in 2015, the Citizens’ Award received an enthusiastic response from the public with 25 000 votes being cast.

Following the application deadline on 1 December 2015, the submissions will be assessed and a shortlist of finalists will be drawn up in March. The winners will be announced at a high-level ceremony in Brussels in May 2016.