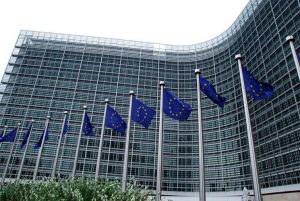 Fulfilling its role as a link between the nature conservation site managers and EU decision-makers Eurosite is a member of the European Habitats Forum (EHF). The EHF assembles leading European nature conservation organisations, represents the voice of the environmental civil society organizations, and coordinates communication between them and the European Commission on the issues related to the EU biodiversity policy.

The last EHF meeting was organised in the IUCN European Regional Office in Brussels on 17 October 2019 followed by the bilateral meeting between the EHF and the European Commission a day later. Both meetings were an opportunity to discuss the main topics that the EHF would like to promote in the new post-2020 EU Biodiversity Strategy and that the EHF considers important in the frame of the new European Green Deal discussions.

During the meeting with the EC DG-Environment, which was hosted by Mr Stefan Leiner, Head of Unit Biodiversity,  and Mr Nicola Notaro, Head of Unit Nature Protection, EHF has raised questions concerning the linkages between the EU Green Deal and the 8th Environmental Action Plan; evaluation of the existing EU Biodiversity Strategy; the progress with the implementation of the EU Action Plan for nature, people and the economy; about the future of CAP; restoration targets in the new strategy, etc. The EHF has also made a few concrete proposals for targets that should be considered when developing the new EU Biodiversity Strategy to 2030:

The general discussion led to the conclusion that all quantitative indicators should be based on thorough scientific data and that these should be accompanied by qualitative indicators (e.g. referring to the quality of habitats or effective management measures).

Eurosite is determined to closely follow the development of the new EU Biodiversity Strategy, particularly in the fields that are most important for our members, such as management of nature conservation sites, habitat maintenance, restoration and monitoring and securing the appropriate funding opportunities for effective site conservation and management.