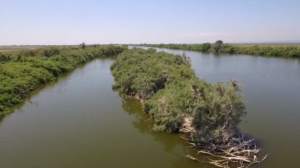 In contrast to its close “relative”, the common cormorant, which thrives in Greek wetlands, the pygmy cormorant is a protected species, included in the Red Book of Endangered Animals of Greece. Fortunately, and in contrast to other species, this bird’s population presents some trends of growth and expansion in Europe in the recent years.

In total, more than 1,300 bird nests were recorded this year in the mixed colony of the Axios Delta, located on an islet near the estuary of the river Axios. There are 10 different species nesting: spoonbills, glossy ibises, pygmy cormorants, and cormorants, as well as all six species of herons nesting in colonies in Europe (little egrets, night herons, squaccos, gray herons, great egrets and cattle herons).

The counts took place during the annual bird ringing programme carried out by scientists of the Forest Research Institute and the Thermaikos Gulf Protected Areas Management Authority. “This is the third year that we carry out ringings on spoonbills and glossy ibises, in order to learn more about their wintering areas, a subject on which we lack knowledge” reports Savvas Kazantzidis, researcher at the Forest Research Institute.

Dr. Kazantzidis points out that the last few years, besides the typical metal rings, the ringers also use plastic rings with large graphics, meaning to facilitate recognition by anybody with basic equipment in hands (e.g. binoculars).

So far, several ringed individuals of the two species have been found during their migration in many wetlands in Greece (Axios, Gallikos, Kerkini, Karla) and Turkey. More reports and scientific verifications are expected during the years to come. 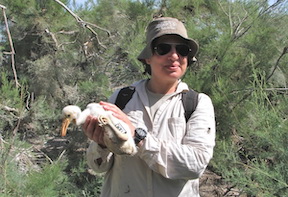