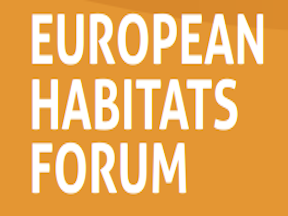 On 10 May 2017, Eurosite attended the European Habitats Forum’s biannual meeting with a DG Environment delegation in Brussels. After an internal preparatory meeting on 9 May, the agenda was drafted to discuss the recently adopted ‘EU Action Plan for nature, people and the economy’ and the absence of the Trans-European Network for Green Infrastructure (TEN-G) and pollinators in the Action Plan, the role of biodiversity in agriculture, and the evaluation of the Biodiversity Strategy to 2020 in combination with the development of a Biodiversity Strategy to 2030.

Briefly summarized, the outcome of these discussions made clear that because of the importance of pollinators, the European Commission is developing a separate initiative, which focuses on pollinators and their conservation only. That is why they were not included in the EU Action Plan. Unfortunately, the same cannot be said for TEN-G, although discussions are being held and the need to clarify the connection of green infrastructure with ecosystem services was identified. Concerning the role of biodiversity in agriculture, it was once again emphasized that the CAP reform is a key priority for DG Environment, in which NGO’s could make an effort to work together with farmers towards progressive farming. Without the support of farmers, it will be extremely challenging to execute the Nature Directives. Currently, the Netherlands and Romania are involved in an impact assessment of the Birds and Habitats Directives in agriculture, especially with regards to the deterioration of grasslands for which pilots have recently been launched. Lastly, regarding the evaluation of the Biodiversity Strategy 2020 and the development of the Biodiversity Strategy to 2030, it was reported that evaluation of the current strategy will take place following the end of its term. The overall assessment of conservation status will probably not change a lot since the last Article 17 reporting cycle. The favourable conservation status has always been and will remain high standard, but the European Commission would like to also emphasise the drivers of success and demonstrate progress already made. Mechanisms outside the Natura 2000 network (e.g. green infrastructure) are needed to achieve the favourable conservation status within the network. A strategic debate on the post 2020 strategy is needed.