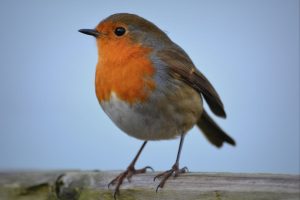 The REFIT of the Nature Directives in 2016 showed that the engagement of the scientific community in the design and development of the EU’s policy is not sufficient to provide the necessary knowledge, information and data to improve the implementation of the Nature Directives (BHD). As a reaction to these concerns, the E-BIND project, managed and coordinated through DG Environment, gathered views and experiences from the scientific community willing to fill knowledge gaps and identified best practices on improving the availability of data and information on species habitat types and sites (Focus area A) and to support the implementation of the Natura 2000 network (Focus area B), with each 3 themes:

The results of this process will be presented in an online handbook which aims at presenting tools, methods and success stories on these thematic areas across Europe. The objective of this work is to facilitate the work of site managers and to strengthen decision-making processes at different governance levels, improving the management of Natura 2000 sites and the conservation status of Europe’s species and habitats, contributing to halt the current levels of biodiversity loss. In the long-term, these efforts will contribute to increasing the EU’s biodiversity ambition of the Biodiversity Strategy, including the surface of protected area, conservation and restoration targets and reduction of biodiversity decline.

The project outputs, including the draft version of the handbook, were presented and consulted during the two-day E-BIND workshop, held on 5-6 November 2020. These virtual meetings gathered 90 attendees, representing a variety of stakeholders, decision-makers and organisations.

The workshop was opened by Micheal O‘Briain of the European Commission’s DG Environment, who gave a presentation on “Post 2020 perspectives in biodiversity policy: the role of science in the implementation of the Nature Directives”. He concluded that the New Biodiversity Strategy implementation requires a bigger role of the scientific community to contribute more to fill the current knowledge gap. On the first question seeking audience’s participation (in a form of a quick online poll), there was general consensus on the capacity of the scientific community to improve its contribution to the implementation of the Nature Directives and the overall work of the European Union on biodiversity policy.

The next speaker, Anne Schmidt (Wageningen University & Research), WUR coordinator of E-BIND, focused on the project’s key findings, gaps and future challenges. She raised the question on how to involve the scientific community to support the implementation of the Nature Directives and overcome these gaps. The majority of the audience considered that scientific networks are not well known and there is not sufficient information on their research programmes developed and data held related to the Nature Directives implementation. Beata Vargova (Ecologic) presented the handbook developed within the project as a practical online tool which provides science-based examples that can contribute to an improved implementation of the Nature Directives.

The opening session was followed by more detailed presentations given during both days of this very comprehensive workshop, by speakers from the European Commission-Joint Research Centre, European Commission- DG RTD, European Environmental Agency, the German Centre for Integrative Biodiversity Research (iDiv), the Spanish Ministry for Ecological Transition, Wageningen University and Research, the Society for Ecological Restoration, OBN Dutch Knowledge Network, the EURO Bird Portal and Eurosite. Our network was represented by Clive Hurford, the Chair of the Eurosite Remote Sensing Support Group, who gave a speech on ‘Remote sensing technologies: monitoring the effectiveness of conservation measures’ and Wojciech Mróz (Eurosite Secretariat) who presented on the ‘Nature Directives’ implementation at site level: integrating scientific input into management plans and decision-making processes’.

We believe that this workshop was one among important steps towards closer cooperation between decision-makers, stakeholders and researchers, leading to improvement of the implementation of the Birds and Habitats Directive and European policies focusing on biodiversity conservation and habitat restoration. The discussions at the workshop proved that there are still many challenges to be tackled in the process of evidence-based improvement of EU directives and policies.  Most of the audience’s views on the involvement of scientists in biodiversity policy indicated their insufficient participation (>50% in a quick pool). According to the audience, the aspect in which more efforts should be invested is the dialogue at Member State level, followed by EU-level efforts. We are also convinced that one of the best ways of gathering evidence and feedback on the Directive’s implementation is direct contact with site managers and practitioners at all levels of cooperation.