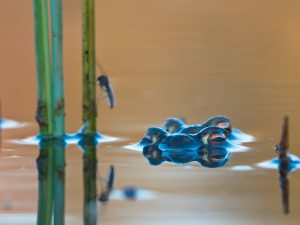 On 7 November 2017 Eurosite, as a member of the European Habitats Forum, has attended the 7th meeting of the EU Expert Group on the Birds and Habitats Directives (NADEG).

The European Commission has been updating the Commission guidance document “Managing Natura 2000 – the provisions of Article 6 of Directive 92/43/EEC“. This version of the Art. 6 interpretative guidance incorporates relevant key Court rulings that were issued after the previous version of April 2015 and until June 2017. It also takes into account specific points raised by the Member States at previous consultations. The Expert Group was invited to consider the present version of the update of the Art. 6 interpretative guidance and express its opinion on it. The final version will be available soon.

BirdLife has presented the progress of their LIFE EuroSAP project on developing 9 species action plans and in particular on the International Single Species Action Plan (ISSAP) for the Conservation of the European Turtle-dove Streptopelia turtur.

The European Commission and European Environment Agency (EEA) have presented the new Natura 2000 Viewer which offers much more opportunities for searching through the data, including overlapping the Natura 2000 data with various layers available at the EEA, as well as your own spatial data.