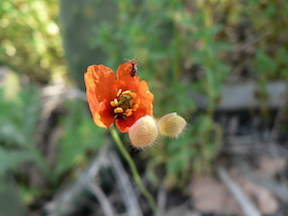 On 24 November 2017, Eurosite took part in the bi-annual meeting between the European Habitats Forum (EHF) and DG Environment – an opportunity to openly exchange ideas with the European Commission on the most relevant current developments in nature and biodiversity policy. One of the main topics of discussion was an update on the state of play of the EU Action Plan for nature, people and the economy.

In general, it was indicated that with regards to the legitimacy of implementation actions, more power will go to the Committee of the Regions. Work is ongoing on several EC guidance documents: the interpretation guide for article 6 is in its final draft phase now; Guidance on hydropower & Natura 2000 and Natura 2000 & electricity are likely to be adopted in early 2018; and an update on existing guidance concerning carrying out assessment (2002) and species protection (2007) for which working groups will be formed is forthcoming. The EC started drafting of species and habitat action plans. There is a round of written consultation with experts foreseen before these will be finalized. The EHF has emphasized that stakeholders should be involved in this process from the very beginning. The final statement regarding the Action Plan concerned the Commission’s ability to ensure stakeholders’ possibility to contribute to the process of reviewing the Prioritised Action Frameworks (PAFs). DG Environment stressed that everyone is invited to comment on the process, and that on 4 December 2017 a meeting will be held to share results. Many Member States made their PAFs available online.

Furthermore, DG Environment had a clear message that the reform of the Common Agricultural Policy (CAP) should be made a societal debate. There is a leading role here for NGOs. They strongly recommend stakeholders to reply to the public consultations in order to ensure the proper representation of environment. The same applies for public consultations regarding the new Multiannual Financial Framework (MFF).

After the previous EHF – DG Environment meeting it was reported that there would be a separate initiative for pollinators. During this meeting, it was clarified that a Road Map should come out soon, presenting the European Commission’s initial thoughts on the initiative – which came out on 4 December 2017.