Skip to content
Join us
Home » Joining forces for biodiversity: Eurosite takes part in the Global Coalition for Biodiversity

Joining forces for biodiversity: Eurosite takes part in the Global Coalition for Biodiversity 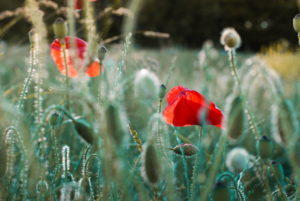 Tilburg, The Netherlands – (20 May 2020): Today, during the Biodiversity Week, Eurosite – the European Land Conservation Network announced it is joining the Global Coalition for Biodiversity of the European Commission. In doing so, Eurosite, representing natural site managers from across Europe, underlines the importance of international cooperation towards protecting Europe’s precious biodiversity and habitats.

Ahead of the crucial 15th meeting of the Conference of the Parties (COP 15) to the Convention on Biological Diversity in Kunming (China), the European Commission asks all national parks, aquariums, botanic gardens, zoos, science and natural history museums to join forces and increase public awareness regarding the nature crisis. The COP was supposed to take place in October 2020, but has been postponed to 2021 due to the Covid-19 outbreak. Comparable to the Paris Agreement focusing on the climate urgency and just as necessary, it is envisaged that during COP 15 196 Parties to the United Nations Convention on Biological Diversity will adopt a new global framework to protect and restore nature. The Global Coalition for Biodiversity will focus its attention on coordinated actions mitigating biodiversity loss.

Getting involved
During this Biodiversity Week, in which the launch of the new EU Biodiversity Strategy is also expected, the Eurosite network encourages its members to take part and promote their activities regarding biodiversity in order to increase public awareness and understanding on the need for fighting the biodiversity crisis. Because strength lies in unity, Eurosite calls upon all institutions that care about the planet’s future and biodiversity to join the Global Coalition for Biodiversity as well – for a future with rich and resilient biodiversity. To join forces for nature, the Coalition aims to have 500 organisations engaged in signing the pledge by the end of 2020. Interested institutions can contact ec-biodiversity-coalition@ec.europa.eu directly for further information or to sign up. The full text of the pledge is available here.

Furthermore, it is also possible to participate individually or on a smaller scale, by sharing messages, pictures, videos or other content related to biodiversity through social media and by using the hashtag #Biodiversity2020. Other hashtags to keep in mind, especially during the Biodiversity week 22-30 May, are #EUBiodiversity, #EUPollinators, #Natura2000, #BiodiversityDay (22 May), #worldbeeday (20 May), and #Natura2000day (21 May).