Launch of a new project on private land conservation 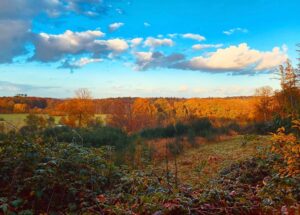 The project is unique as, for the first time in Europe, it will bring together two existing networks representing private landowners (ELO) and conservationists (Eurosite) as well as many of their respective member organisations. These two communities have previously explored the potential of private land conservation in the EU in parallel, but via separate projects – LIFE L.I.F.E. and LIFE ELCN.

The ENPLC project brings together 18 organisations from 11 European countries: Belgium, the Czech Republic, Estonia, France, Germany, Italy, Latvia, Portugal, Romania, Spain, and the Netherlands. As one of the first steps in the new project, Eurosite and ELO established and will manifest a “Conservation Landowners Coalition”, representing a permanent platform for the exchange of ideas and development of joint initiatives of these two stakeholder groups. In the beginning of December, all project partners got together online for their first meeting, sharing their ambitions for the project and starting to organise for the exiting four years ahead.