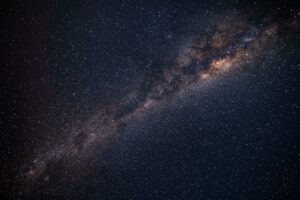 The Dark Sky Park (core zone) of Mt. Aenos National Park (Fig.1) is a land possessing an exceptional or distinguished quality of starry nights (Fig.2) and a nocturnal environment that is specifically protected for its scientific, natural, educational, cultural heritage, and/or public enjoyment. The Dark Sky Park will be managed by the Management Body of Mt. Aenos National Park, and its Board and staff supports dark skies and the natural nighttime environment as a valued resource. It will be the first National Park of Greece to be designated as International Dark Sky Park. 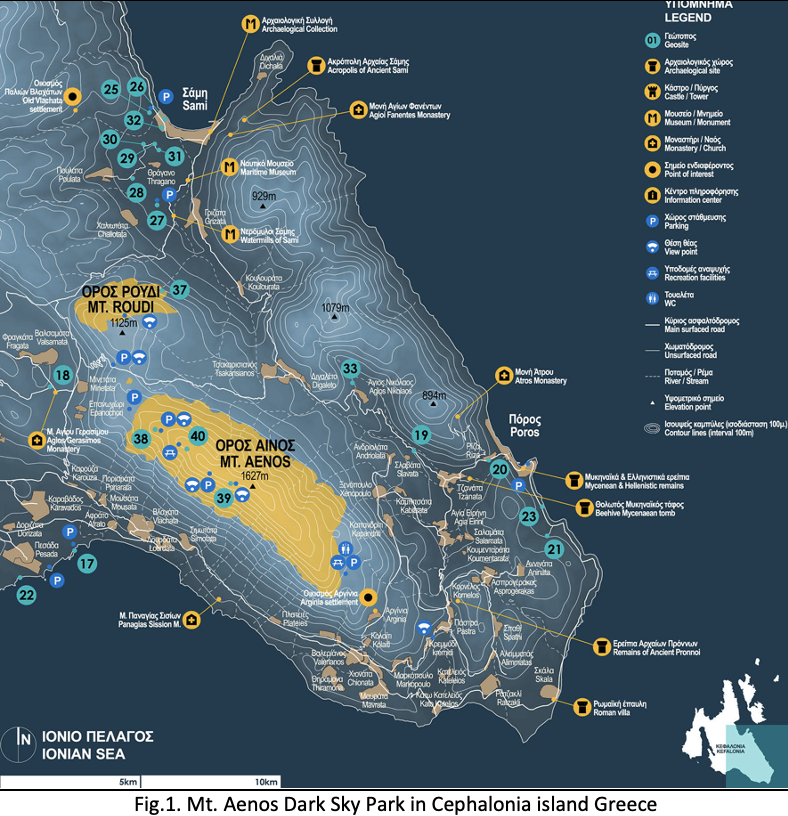 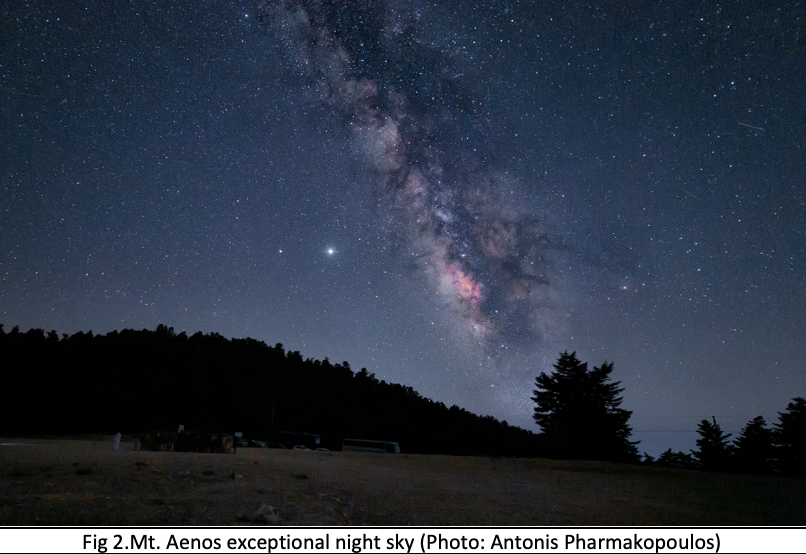 Research Foundation of Kefallinia ‘EUXODOS’
Mt. Aenos National Park, apart from its valuable biodiversity and natural beauty, also has its own observatory and astronomical research center. The Research Foundation of Kefallinia (RFK) “EUDOXOS”(Fig.3) is the administrational center of an Astronomical Observatories Complex placed around the 1070 m plateau of the Ainos Mountain. The Eudoxos’ Astronomy Complex comprises the main “Ainos Astronomy Base” and its “Satellite Space Station -G. Lykoudis”. The RFK has been established to fulfil the aim of the donation of the Astronomy Base premises by the Hellenic Air Force (concluded in 1998) for the creation of an astronomical observatory on Mount Ainos. RFK/”EUDOXOS” is a self-ruled legal entity of the Region of Ionian Islands, in the form of an Astronomical and associated fundamental physics Foundation, as described in its constitutional Presidential Decree (2005). It comprises the following two complementary scientific establishments bearing the same name:

RFK/EUDOXOS was the first Robotic Astronomy Center in Greece (1999) and has been one of the major European establishments specialising in Robotic Astronomy, as well as one of the founding members of the Heterogeneous Telescope Network (HTN). Its infrastructure was funded on a case by case basis mainly from national (Ministry of Education) and international (E.U.) research programmes (1999-2004). 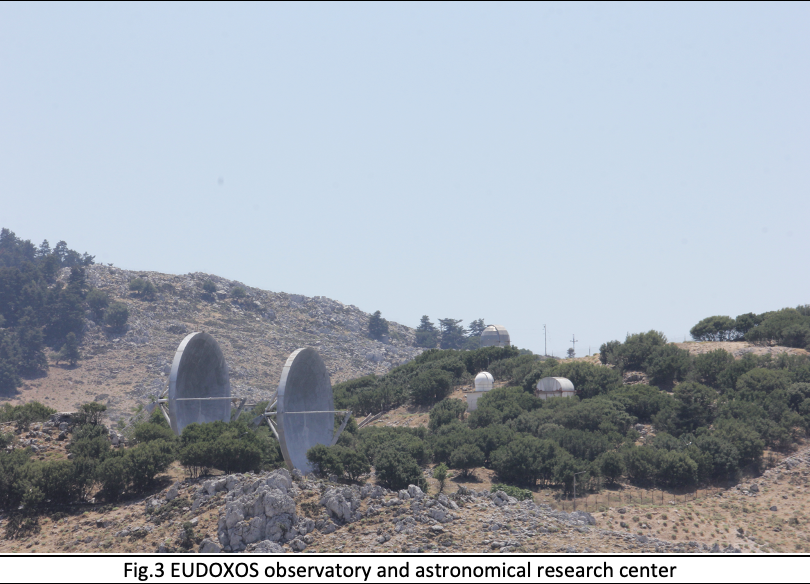 Benefits
Some of the benefits of the recognition of Mt. Aenos National Park as International Dark Sky Park will be the attraction of more visitors and the development of astrotourism. The Management Body provides stargazing events and education (Fig.4) about dark skies and light pollution. It would also be a good marketing tool because it provides new and unique ways to draw visitors. The increase in visitors due to a dark sky designation also means an increase in customers for local area businesses. And finally, in order to achieve a dark sky designation, Management Body and local authorities ensure that the area lighting is dark sky friendly, making the island darker. 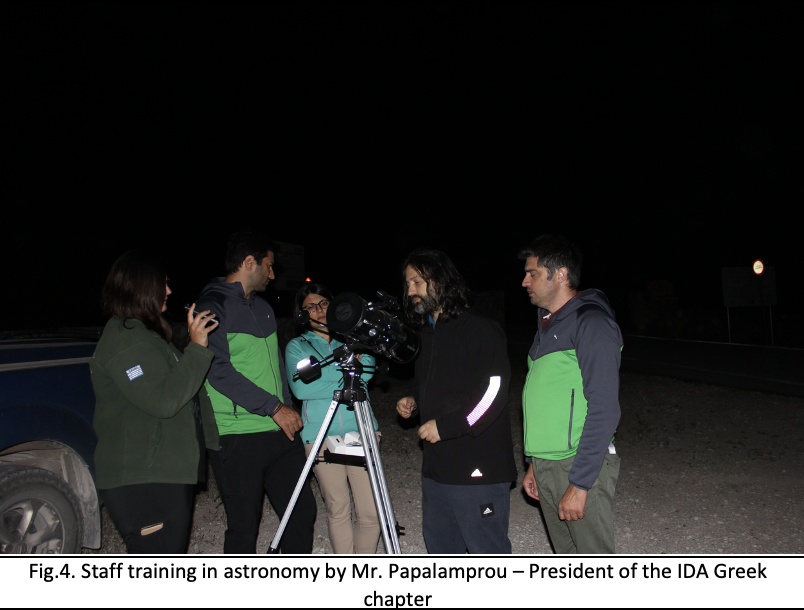 Call for Twinning
If any Eurosite member shares the same interest or would like to exchange knowledge about protecting dark skies or designating an area as Dark Sky Park, the Management Body of Mt. Aenos National Park would like to develop a twinning. Please contact the Eurosite Secretariat if you are interested in becoming a ‘Dark Sky’ twinning partner.