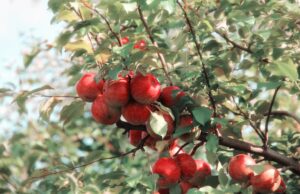 A review and analysis of networks conserving crop wild relatives (CWR) in situ was undertaken by the Farmer’s Pride project consortium to identify the attributes that have contributed to their success. Farmer’s Pride is a project funded under Horizon 2020 and led by the University of Birmingham. The main goal is establishing a European Network for In Situ Conservation of Plant Genetic Resources. This network will bring together stakeholders and sites across the region and coordinate actions to conserve diversity for crop enhancement and adaptation in the future.

From the report summary:

The review resulted in 29 CWR genetic reserve network initiatives, nine showcases classified as potential genetic reserve networks, three people and institution networks and 17 networks associated with projects. The results show that the typical genetic reserve network is designed following a monographic approach. They were set up during the last decade at a local conservation scale and each genetic reserve is located in an existing protected area by a national agency. The main purpose of the networks is to conserve between one and ten CWR species that are not threatened, and they are typically structured as a configuration of several small reserves, in both private and public lands, with a total area of less than 200 ha.

Genetic reserve networks have generally been implemented with a warranted period of at least 15 years, but with limited financial and human resources, which are usually provided by national administration bodies. However, they are not established under a CWR institutional framework. Several partners are involved in the genetic reserve conservation activities—mostly national governments and research groups. In addition, the typical genetic reserve network participates as a stakeholder in an external supporting network with adjoining initiatives, such as indigenous conservation programmes, citizen science associations, or national networks to conserve flora. Implementation of CWR management plans is lacking, although several conservation actions are carried out, such as demographic monitoring and population genetic analyses, as well as back-up of samples ex situ. Aside from conservation, the typical genetic reserve is also used for other purposes, such as agriculture and livestock farming. The genetic reserve networks are usually coordinated by a group of agrobiodiversity managers and conservationists working together, and while local communities are engaged and receive some public recognition, they receive no economic returns. Civil society is also involved, and while there are no specific educational activities offered related to CWR, the reserves typically participate in other conservation and environmental programmes.