New name and responsibilities for the Axios Delta Management Authority 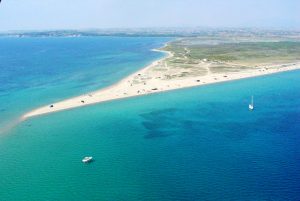 More specifically, aside to the existing protected areas (Axios Delta, Aliakmonas Delta, Gallikos and Loudias estuaries, Kalochori and Alyki Kitrous Lagoon), from now on the Management Authority will have under its responsibility the coastal zone of the Thermaikos Gulf, as well as 12 new Natura 2000 sites:

the Straits of Aliakmonas river,

the Lagoon and the Coastal Zone of Epanomi,

the Cape and Coastal Zone of Paliouri,

the Coastal Zone of Pyrgos-Ormos-Kypsa-MalamosCape

Alongside the nationwide expansion of the existing MAPAs’ responsibility areas, eight new MAs were founded, adding up to the existing 28 such bodies in the country. These 36 authorities take up the responsibility of managing and protecting the whole range of Natura 2000 sites of Greece―approximately 28% of the country’s land and about 22% of its marine territory―, thus contributing to the attainment of the global targets on protected areas. The expansion of the Natura 2000 network signifies Greece’s efforts to meet its global obligations under the Convention on Biological Diversity (CBD), in line with its recent commitment at the “Our Oceans” conference in Malta regarding the increase of Marine Protected Areas until 2020.