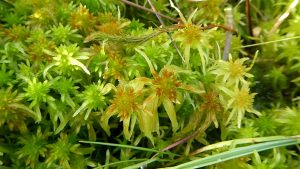 On September 27th and 28th 2019 Eurosite, as a project partner in charge of the international networking and dissemination, attended the second Care-Peat meeting in Dublin, Ireland. Following a productive project meeting Care-Peat welcomed a public meeting in the afternoon of September 27th. This open session, began with a welcome from Irish project partner Terry Morley (NUIG), who opened the meeting and provided a general overview of the project, partners involved and the main scope of the project. Florence Renou-Wilson (UCD) provided context to Irish peatlands and an overview of previous and existing peatland research in Ireland. Of particular note is the estimate that 39% of Irish peatlands are actively cut for turf, while 6% are cut industrially. While industrial peat extraction for energy will be phased out by 2028, there has been an increase in extraction for horticulture and bedding, which represents a growing threat to peatland conservation.

Following the keynote presentations there were three short thematic seminars focusing on: Greenhouse Gas Protocol; Irish research perspectives; and Policy and business case scenarios. On Friday September 28th, the participants travelled to two pilots sites: Cloncrow and Cavemount bogs which was also an opportunity to meet with the representatives of Bord na Mona, the National Parks and Wildlife Service and the ETHOS local community group. At the end of the day the project partners discussed the proposed restoration plans for each of the 5 pilot sites of the Care-Pet project.

A detailed report from the meeting can be found here .