Skip to content
Join us
Home » The EU Biodiversity Strategy 2030: getting to implementation

The EU Biodiversity Strategy 2030: getting to implementation 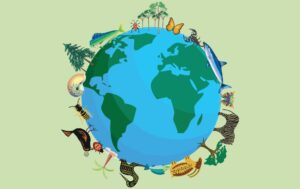 In the run up to the 15th Conference of Parties to the UN Convention on Biological Diversity which will likely take place in China later this year, the momentum for biodiversity conservation around the world is growing, as important political commitments are already being made by dozens of countries to protect 30% of land and waters by 2030. The European Commission has formally adopted the 30×30 target in the EU Biodiversity Strategy for 2030, and has additionally pledged that one third of the protected areas should enjoy “strict protection.”

These ideas have received enthusiastic support from the conservation community and criticism from landowner and land user interest groups. The fervour of the critics is largely explained by the fact that a large share of Natura 2000 – the European protected area network – is privately owned. Affected landowners fear that in strictly protected areas, commercial land uses would have to be severely limited, if not stopped altogether. Recognizing the importance of addressing these concerns, in the next few months the European Commission will finalize non-binding technical guidance on how the protected area targets of the EU Biodiversity Strategy should be interpreted and implemented in the EU member states.

In the next months, the European Commission will finalise non-binding technical guidance on how the protected area targets of the EU Biodiversity Strategy should be interpreted and implemented in the EU member states. While the discussion so far has focused on the definition of “strict protection,” other aspects that may eventually have a bigger impact on the ground than the contested site designation targets have received comparatively little attention. The first aspect is the goal to effectively manage all existing protected areas, to define clear conservation objectives and measures for them, and to monitor them appropriately. The second one is to indicate how to account for “other area-based effective conservation measures” (OECMs) under the 30×30 target. Eurosite-ELCN strongly supports making progress in both of these areas, as they open new doors for site managers, land conservationists and private landowners to voluntarily contribute to the implementation of the EU’s protected area targets.

Eurosite has long been dealing with the issue of effective site management, and the Eurosite Management Planning Expert Group produced an online Management Toolkit for free public use to support natural site managers. With regard to OECMs, amendments to the technical guidance and auxiliary documents of the European Commission on how to operationalise OECMs in the EU will soon be proposed. As a first step, work is being done on a detailed definition and relevant criteria for the application of the concept in the European context together with our strategic partner, the European Landowners Organization. We plan to present the results of this endeavour in a webinar in the near future.