The role of wetlands in addressing climate change 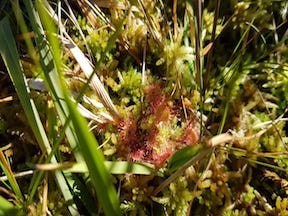 Wetlands International presented its views regarding the contribution of wetlands, including peatlands, to climate change mitigation and adaptation in a series of of side events, as well as through meetings and interventions in the relevant network.

The role of wetlands in adaptation to climate change is of massive importance. This is well reflected through important natural protection wetlands offer to increasingly occurring harsh weather conditions, either through droughts or caused by flooding. Additionally, wetlands contribute to overall human resilience and security, including food security, and biodiversity. To stay on top of anything wetlands and their relation to climate change, Eurosite established the Wetlands and Climate Change Working Group in 2015, with the aims to:

Increasingly understood, but still worthwhile repeating is the important role peatlands play in both climate change mitigation and adaptation. Jane Madgwick moderated the event to further introduce the Joint Peatland Declaration, following its first launch at the Ramsar CoP in Dubai in November. The Joint Declaration aims at building synergies between the relevant Multilateral Environmental Agreements (MEAs) to reverse the trends in peatland degradation and maintain and restore ecosystem services of peatlands. Four main conventions (the Ramsar Convention, UNCCD, UNCBD, and UNFCCC) are beginning to work together on a joint declaration and work plan. All parties presenting agreed that aligning the positions would immensely support progress in restoration and conservation efforts. The Joint Declaration of Peatlands is still in its first stages of development and need further development and ultimately ratification by the conventions.

To underline the importance of including peatlands as part of the solution to mitigate climate change and offering countries a tool to comply with international set targets under UNFCCC, WI’s Arthur Neher presented an analysis of peatlands through the Nationally Determined Contributions (NDCs) of peat-rich countries and put forward recommendations for strengthening national climate policies. Increasing international awareness and acknowledgement of the relevance of peatlands as carbon storage, but also as potential carbon bombs, together with increasing availability of relevant data on organic soils and reflected in more detailed accounting mechanisms make peatlands real low hanging fruits for reporting. Therefore, there is no excuse to not include peatlands in NDCs. This was elaborated on during a well-attended side event on raising the bar on nature-based solutions in NDCs. A small number of countries include nature-based solutions in their NDCs, while only four currently report on peatlands. Recommended targets and milestones should help strengthen the next round of NDCs.

Overall, the message was that peatlands need to be part and parcel of the National Determined contributions of any peat rich country, but also would play an important role in countries where peatlands cover only a marginal area of the national land surface. Enhancing ambition can also include strengthening the adaptation section of an NDC utilising ecosystem-based adaptation in policies and plans. Peatlands purify water and store water, thereby mitigating flooding and droughts, and preserve permafrost. As other wetland types, they also provide a home for rare species.

As a result, wetlands (with special reference to peatlands), are widely recognised as important contributors in addressing global climate change, and have been included in the final report of CoP24. However, and despite its inclusion, several countries have watered down the proposed text towards total inclusion of all carbon pools in accounting for the land sector. Whereas the Paris rulebook, explicitly designed to implement the Paris Agreement, has made some progress, overall ambition to make significant changes and address the increasingly felt impact of global climate change falls disappointingly short.