Skip to content
Join us
Home » Twinning in progress 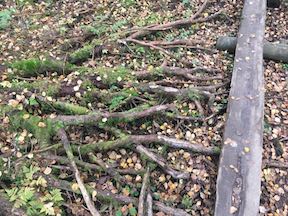 As part of an ongoing twinning between Eurosite members Natural England and Metsähallitus Parks & Wildlife Finland, a representative of Natural England recently undertook a study tour to the natural sites on the below map. 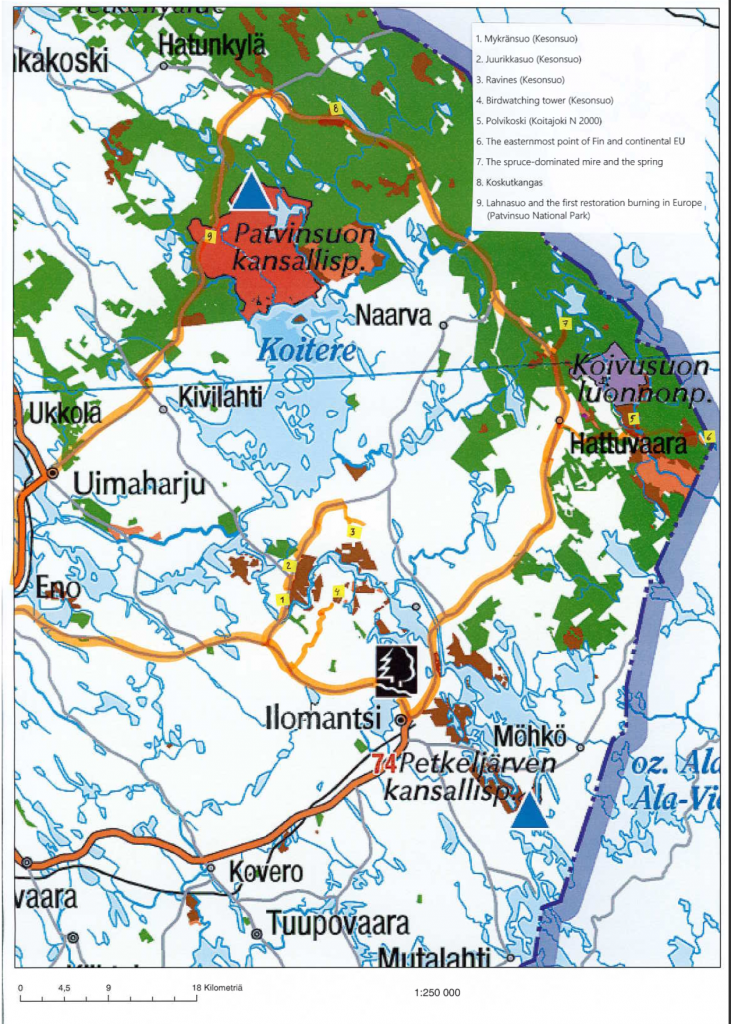 The twinning agreement mentions the the twinning focuses on the restoration of peatlands as well as on mire conservation in general. Concentrating on both habitats and species, the main focus is on Natura 2000 network sites. An additional aspect of this twinning is the exchange of knowledge on avoiding negative impacts of peatland restoration on water quality.

The sites that were visited during the study tour included restored forest and mire, but also some pristine mire. Furthermore, mire sites that are waiting for restoration work were also visited. Twinning partners discussed the differences between land management in Finland and England, and how the climate dictates the main habitats and as such the land use. Notes on restoration techniques were compared, and it turned out that techniques used varied greatly due to differences in habitats. The sites in Finland have generally had less disturbance than the sites in England.

Future plans for this twinning entail the possibility of concentrating on wider issues that the two government organisations are facing and how they might learn from each other in different situations.