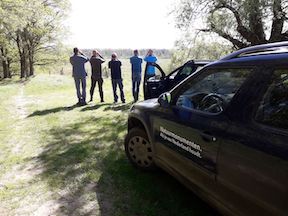 Since 2008, the Dutch organisation Natuurmonumenten and the Society of the Coast – EUCC Poland have an ongoing Eurosite twinning that has evolved into a sustainable collaboration over the years. EUCC Poland is the organisation that manages the Polish Odra Delta, a beautiful natural area in the north-west region of Poland composed of meadows, pastures and areas overgrown by sedge and reed.

Lessons learned throughout the years are that monitoring and management plans are not interchangeably transferable from country to country. For instance, it took some research to decide what type of plan would be the most suitable for the management and monitoring of the Odra Delta. Because of the diverse area and external (policy) factors, the plan has to be adaptable and flexible. EUCC Poland and Natuurmonumenten plan to design a new plan for the long-term coming fall as part of their collaboration.