Skip to content
Join us
Home » A warm welcome to our newest members!

A warm welcome to our newest members! 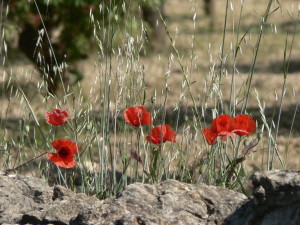 Eurosite recently welcomed two new members to the Eurosite network. We would hereby like to officially welcome the French Agency for Biodiversity and Dutch Montagu’s Harrier Foundation! Because we find it important for all our members to know who is who within the Eurosite network, we have asked both organisations to shortly introduce themselves:

The agency was created on 1 January 2017. It was formed by a merger and is composed of four organisations. Among those organisations are the two former Eurosite members l’ Agence des aires marines protégées and l’Atelier technique des espaces naturels. The remaining two are l’Office national de l’eau et des milieux aquatiques and Parcs nationaux de France. After joining forces, the French Biodiversity Agency realised the value of Eurosite membership in carrying out its missions. As AFB’s Ms. Faucon describes:

“Networking with Eurosite members helps for sharing know-how among European practitioners and stakeholder institutions. The benefit of the partnership is crucial to design better projects, based on lessons learned and best practices, for example on Natura2000 sites and marine protected areas management in the face of climate change.”

Dutch Montagu’s Harrier Foundation
Dutch Montagu’s Harrier Foundation is a professional organisation with 12 staff members. Nel Sangers takes part in management tasks of the foundation and helps the founder and director Ben Koks to think about future strategies. Core activities of the foundation are research and monitoring of farmland birds with special emphasis on research on the four European harrier species.

Montagu’s Harriers are incredibly beautiful creatures. In addition, they teach us how agricultural systems function, making them valuable key species to do research on which might help other species in the same ecosystem. At the end of the 1980s, the Montagu’s Harrier went nearly extinct in the Netherlands. Without the Dutch Montagu’s Harrier Foundation the species would have disappeared. Species protection, a mixture of high-quality fieldwork, research, fundraising, and collaboration with farmers, led to an increase of the population. Nowadays, we count on average between 40 and 50 breeding pairs! This is the only bird species in the Netherlands that was saved from extinction due to well-designed protection measures. A motivating thought! Recently, we reached the international news due to the successful protection of the first breeding pair of Pallid Harriers in Western Europe.

We work together with hundreds of farmers to implement effective nature conservation measures for target species as Grey Partridge, Skylark or Yellowhammer. More and more often we are involved in research and advice for NGO’s in the Netherlands. The foundation has many projects where volunteers play an important role. People are easily convinced that their engagement contributes to a better protection of the species and our agricultural landscape and happily spend time to help locating the nests, determine prey remains from pellets or count breeding birds. We have about 250 active volunteers and due to our collaboration with several universities many students that help to further develop our work. We regularly welcome children of school groups for ringing activities which is appreciated by both sides. In this way we have reached thousands of children during the past 25 years and have given them the chance to get to know one of the most amazing birds of our country and to get an idea about protection in action. Research and knowledge sharing as well as the belief that there must be space for nature and landscape even in modern agricultural systems are important notions that motivate our staff to continue their work.

Dutch Montagu’s Harrier Foundation is also known for their collaboration in several PhD projects with national and international universities. We publish in popular scientific as well as peer-reviewed journals. The main challenge nowadays is the increasing intensification of agriculture in all important habitats of the Montagu’s Harrier. Since we are convinced that shared knowledge will contribute to species protection we established international collaborations in many areas of importance for the species (Europe, West Africa, India). We strongly believe that agricultural systems need to evolve towards a more sustainable agriculture. Steps forward are undertaken at the moment in the Netherlands and Dutch Montagu’s Harrier Foundation is one of the few organizations that contribute to this development of nature-inclusive agriculture using research results. Other members might learn from the Dutch Montagu’s Harrier Foundation that unpopular topics, sharing knowledge and persistence are always valuable. We would like to learn from other Eurosite members how we could improve to show politicians that nature conservation is an essential point in all civilized societies.

Note to readers that have not yet joined the Eurosite network: take your chance to become part of the pan European network connecting natural site managers and sign up here and profit from a 30% discount on your membership fee!