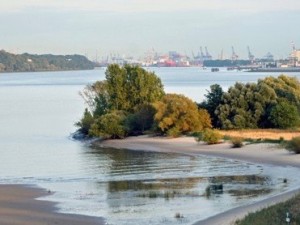 Hamburg, Germany, 15 and 16 September 2016
In December 2012, an Atlantic Seminar was held as part of the Natura 2000 Biogeographical Process of the Atlantic Region. During this meeting, all Member States were asked to propose specific recommendations for improving the conservation status of priority target habitats. Furthermore they were asked to initiate cross-border activities. As Germany was leading the working group on estuaries in the context of the Biogeographical Process, they offered to hold a thematic networking event on Natura 2000 management planning regarding estuaries. Stiftung Lebensraum Elbe organises this event on their behalf. Eurosite supports this workshop as part of their Natura 2000 Biogeographical Process involvement.

The networking event is aimed at experts from EU Member States from the Atlantic Biogeographical Region, involved in the implementation of Natura 2000 in estuaries and sea ports, as well as representatives of the European Commission and cooperating institutions.

If you want to take part as an attendee or as a speaker, you can fill out the registration form on the website. Registration is open until Monday, 20 June 2016.