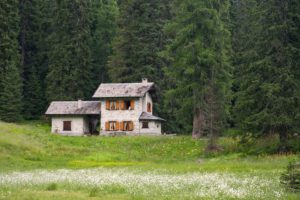 This webinar will address how private lands conservation is being implemented under existing EU and national legislation, across differing national legal frameworks. The presenters will discuss the legal tools currently used in specific countries, as well as how new legal instruments may be applied to advance private lands conservation in the future. Attendees will have the chance to ask questions to the panelists and discuss with them the contexts and tools used in their own jurisdictions.

Jurgen Tack studied biology (marine ecology) at Brussels Free University where he also obtained his PhD in Sciences. Within the Framework of the Kenya Belgium Project in Marine Sciences (Coastal Farms Kenya) he developed a number of oyster farms along the Kenyan coast. In 2000 he joined the team of the Belgian Biodiversity Platform (Belgian Science Policy Office) where he was responsible for European and international science policy in the field of biodiversity and biodiversity related research. In 2007 he became the CEO of the Research Institute for Nature and Forest (a research organization under the umbrella of the Flemish Authority. In 2016 he took the position of Scientific Director at the European Landowners’ Organization (ELO), CEO at Landelijk Vlaanderen (Flemish Landowners’ Organisation) and CEO of the Aanspreekpunt Privaat Beheer Natuur en Bos (an advisory organ for private landowners on the management of nature and forest). He coordinates, on behalf of ELO, the LIFE+ project ‘Land Is For Ever’, a project dedicated to private land conservation by individual private landowners.

Anne-Sophie Mulier is a project officer at the European Landowners’ Organization, coordinating the Life project “Land Is For Ever (LIFE)”: a project aiming to increase landowners’ awareness on both environmental and individual benefits of participating in nature conservation programs and promoting nature conservation as a valuable type of land management on private land in Europe.

Mireia Salazar Gabarró is a lawyer specializing in environmental law. She has been working for Catalonian NGO “Xarxa per a la Conservació de la Natura” (Nature Conservation Network of Catalonia) since September 2018. Her main role at the NGO is to assist its members in their daily issues and research on legal options for private conservation. Mireia is also responsible for the definition of the lobbying strategy at the organisation.

Bettina Matzdorf is head of working group ‚Governance of Ecosystem Services‘ at the Leibniz Centre for Agricultural Landscape Research with research focus on financial incentive instruments including payments for ecosystem services. She holds the Professorship for ‘Ecosystem Services – Economic and Planning Aspects’ at the Leibniz University of Hannover. Bettina has long-term expertise in interdisciplinary environmental research. She has led numerous international and national research projects (e.g. CIVILand, CiVi.net). Bettina currently coordinates the AgoraNatura project aimed at developing an internet-based marketplace for ecosystem services and biodiversity and the Horizon EU contracts2.0 project on innovative contract design of agri-environmental contracts. She is the chair of the Ecosystem Services Partnership Germany (ESP-DE).

Tilmann Disselhoff holds a PhD in Civil Engineering from Technical University of Berlin and has received scholarships by the Robert Bosch Foundation and the German National Academic Foundation. Ha has over a decade of work experience as consultant for the European Commission, the German Federal Environmental Ministry, the German Federal Environmental Foundation and other clients. In recent years, Tilmann has focused his professional interest on conservation financing and private land conservation. He currently coordinates a LIFE project to develop the European Land Conservation Network (ELCN), an EU-wide network of organisations active in private land conservation. Tilmann is a founding steering committee member of the International Land Conservation Network and a steering committee member of Eurosite.

Laura Johnson is a life-long conservationist with more than 35 years experience in non-profit management, and she was one of the co-founders of the ILCN. Laura is a past president of Mass Audubon where she spent 14 years leading the US’s largest independent state Audubon organization. Prior to joining Mass Audubon, she worked for 16 years at The Nature Conservancy working both as a lawyer and in positions including Massachusetts state director and northeast region vice president. Laura is a past chair of the Board of Directors of the Land Trust Alliance. She is also on the Board of Advisors of WGBH, the Appalachian Mountain Club (AMC), on the Board of Visitors of Mount Auburn Cemetery, and a Corporation member of the Woods Hole Oceanographic Institute. Laura received a BA in history from Harvard, and a JD from NYU Law School. From 2013-2014 she was a Bullard Fellow at the Harvard Forest, Harvard University where she completed a study on private land conservation efforts around the world.