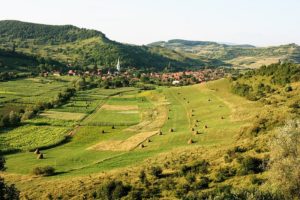 In many countries, the share of land used for commercial agriculture is rising and ranks highest as compared to other land uses. Farmers, whether owners or lessors, can therefore potentially make an enormous contribution to nature conservation. However, intensification of farming, driven by economic imperatives and technological change, is having increasingly negative impacts on nature and biodiversity. Through what tools and strategies can farmers foster nature on their farms and minimise negative impacts, without compromising their quality of life and the economic health of their farm? What motivates farmers to conserve landscapes and biodiversity, particularly in an intensive farming context? In this webinar, panelists will present different approaches, from three corners of the world, of how and why farmers are succeeding in combining biodiversity protection with well-run, modern and economically sustainable farms.

The webinar will be hosted by Jim Levitt, Program Director of Land and Water Conservation at the Lincoln Institute of Land Policy, and will be chaired by Anton Gazenbeek, Steering Committee member of the International Land Conservation Network. Panelists will include: James Ryan, General Manager at New Zealand Farm Environment Trust; Ilana Moir, Director of Conservation at the Colorado West Land Trust; and Martin Lines, UK Chair of the Nature Friendly Farming Network. 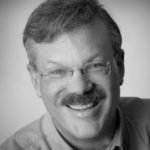 James N. Levitt, Program Director for Land and Water Conservation, Lincoln Institute for Land Policy
Jim Levitt is the Program Director for Land and Water Conservation at the Lincoln Institute, and director of the program on conservation innovation at the Harvard Forest, Harvard University, in Petersham, Massachusetts. In addition, he holds ongoing fellowships at the Harvard Kennedy School and at Highstead, a non-profit organization advancing land conservation in New England. Levitt focuses on landmark innovations in the field of land and biodiversity conservation (both present-day and historic) that are characterized by five traits: novelty and creativity in conception; strategic significance; measurable effectiveness; international transferability; and the ability to endure. Levitt has written and edited dozens of articles and four books on land and biodiversity conservation. He has lectured widely on the topic in venues ranging from Santiago, Chile, to Beijing, China, and Stockholm, Sweden.

Anton Gazenbeek, Steering Committee Member of the International Land Conservation Network
Anton is a former policy officer in the secretariat of a European Parliament cross-party intergroup, assisting Members with their policy work on EU agriculture and fisheries policy, biotechnology and GMOs, trade in wildlife products (CITES), hunting and trapping, animal welfare and veterinary matters. From 1992 to 2005, he was director of a technical assistance office contracted by the European Commission to assist it with the management of the ACE-Biotopes, ACNAT and LIFE-Nature funding programmes and the implementation of the EU’s Natura 2000 Network of protected areas. The funding programmes supported projects on habitat and species conservation, sustainable land use (farming and forestry) and river restoration. Anton is a founding Steering Committee member of the International Land Conservation Network.