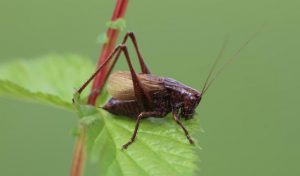 Over a quarter of European grasshopper, cricket and bush cricket species are being driven to extinction by unsustainable agricultural practices and the growing frequency of wildfires in Europe, a new IUCN report has found.

The European Red List of Grasshoppers, Crickets and Bush crickets, published by the International Union for Conservation of Nature (IUCN), assesses, for the first time, the conservation status of all of Europe’s 1,082 grasshopper, cricket and bush cricket species. It shows that over a quarter of these species are at risk of extinction, making them the most threatened of the insect groups assessed so far in Europe. More than 150 experts participated in the two-year assessment project, which was funded by the European Commission.