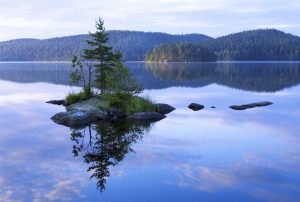 As part of the Eurosite Annual Meeting 2017, on 27 September Eurosite and Metsähallitus Parks and Wildlife Finland organised a thematic networking event of the Natura 2000 Biogeographical Process on ecologically justifiable Low Hanging Fruits in restoration and nature management.

The original idea for this approach was introduced during the second Boreal Seminar of the Natura 2000 Biogeographical Process in Vilnius in October 2016. Wednesday’s event was kicked-off by an introduction by European Commission’s Angelika Rubin explaining the European policy context for this approach (the ‘why’) and the definition (the ‘what’). Low Hanging Fruits are in this context defined as

“Features for which an improved conservation status on biogeographical level could be reached with the least possible effort (e.g. by improving only few parameters in one or two Member States)”.

During the past year, Finland has invested a lot of work in the development of this approach and has used the opportunity to present the results on this occasion.

The participants had an opportunity to hear about the Finnish approach to identifying the socially relevant Low Hanging Fruits and the role of scale when choosing these (national versus European versus global). Also an ecologically justifiable Restoration Prioritisation Framework developed and applied in Finland was presented. Both approaches are already being applied in Finland, and the initial analyses have shown that it is possible to make significant savings while still achieving the maximum effect of restoration.

The Boreal Member States were invited by Finland to compile and submit their national data as Finland is willing to support them in processing it in order to apply and fine-tune the Finnish methodology in determining their national Low Hanging Fruits and restoration priorities.

All presentations will be uploaded on our dedicated event page as soon as possible.