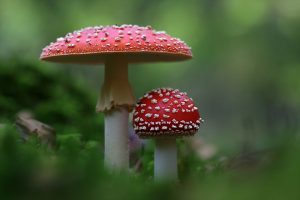 From 24-29 February 2020, the second meeting of the Open-ended Working Group (OEWG) on the Post-2020 Global Biodiversity Framework took place in Rome, Italy. Here, 741 delegates from parties, non-parties, intergovernmental organisations, indigenous peoples and local communities, youth, academia, business and so on got together to discuss the future of global biodiversity.

Whereas the first meeting of the OEWG focused on the structure of a Global Biodiversity Framework, leading to the zero draft, the second meeting was about reviewing this zero draft. At the second meeting, the WG provided comments to this draft framework that was released in January 2020. Final recommendations compiled by the Co-Chairs Francis Ogwal (Uganda) and Basile van Havre (Canada) were approved and the meeting’s report was adopted.

The most important notes from the recommendations are that

– notes the progress made during itssecond meeting, as reflected in the text annexed to the report of the meeting;

– invites the 24th meeting of the Subsidiary Body on Scientific, Technical, and Technological Advice (SBSTTA 24) to provide elements for the development of the GBF for consideration by the third WG meeting;

– invites SBSTTA to provide a scientific and technical review of updated goals and targets, and related indicators and baselines;

– requests the Secretariat to provide scientific and technical information to support SBSTTA’s review, including an analysis of linkages with the Sustainable Development Goals (SDGs); and

– requests the WG Co-Chairs and the Secretariat, to prepare a first draft of the GBF.”

The IISD Reporting Services is the reporting service for multilateral environmental agreements (MEA) negotiations. They provide independent records of MEA meetings and negotiations, thereby creating greater transparency. Next to many other interesting meeting reports, they provide a full report of each day of the OEWG meeting and a summary of the entire meeting. To read it, please visit the IISD Reporting Services website.