Wales has an amazing coastline ranging from wind swept cliff tops to sheltered bays. Amongst this it has some unique and rare habitats such as methane reefs, honeycomb worm reefs and seagrass. Due to this amazing range of habitats and species much of the Welsh coast is designated as Special Areas of Conservation (SAC). One of the largest SACs in the UK is in north Wales and is called Pen Llŷn a’r Sarnau.

There are many habitats and species that make Pen Llŷn a’r Sarnau a special and important place, one of which is seagrass. A bay within the SAC called Porthdinllaen contains one of the largest and densest seagrass beds in Wales and is estimated to be the size of 46 football pitches. This bay is vital to the local community not only because of its beauty but because of its traditions and historical links as a small but functional fishing port. The bay is also used by a large number of recreational and other commercial craft, especially through the summer months.

Mooring boats and seagrass favour the same sheltered conditions and more than 90 moorings have been counted within and around the seagrass at Porthdinllaen. Aerial images and dive surveys have shown that this is having an impact on the seagrass bed. Moorings within the seagrass typically have a scar with a 10–20m radius. These occur as the mooring chains sweep across the seabed ripping up the seagrass. Other impacts such as intertidal vehicle use are also an issue.

The loss of seagrass at Porthdinllaen is of major concern due to the key role it plays as a fish nursery ground, as a carbon sink, and in protecting the shoreline. It is also important in producing oxygen and filtering the water which helps create cleaner water and golden sands drawing in tourists. A number of studies have been undertaken to determine the importance of this particular seagrass bed. Initial findings confirm that a number of commercial species use the bed as a nursery ground, including Plaice, Pollock, Sole, Saithe and Cod.

To reduce the impact of anchoring and mooring in the bay, the SAC steering group has commenced a local conservation project. Stakeholder engagement and involvement is vital. Discussions are ongoing with a large number of users and interested parties with the aim of develop management measures together. Ideas discussed include:

The aim of this project is to protect and restore the seagrass bed with as little impact on users as possible. The SAC is aiming to get the balance right between all users’ needs and the environment. 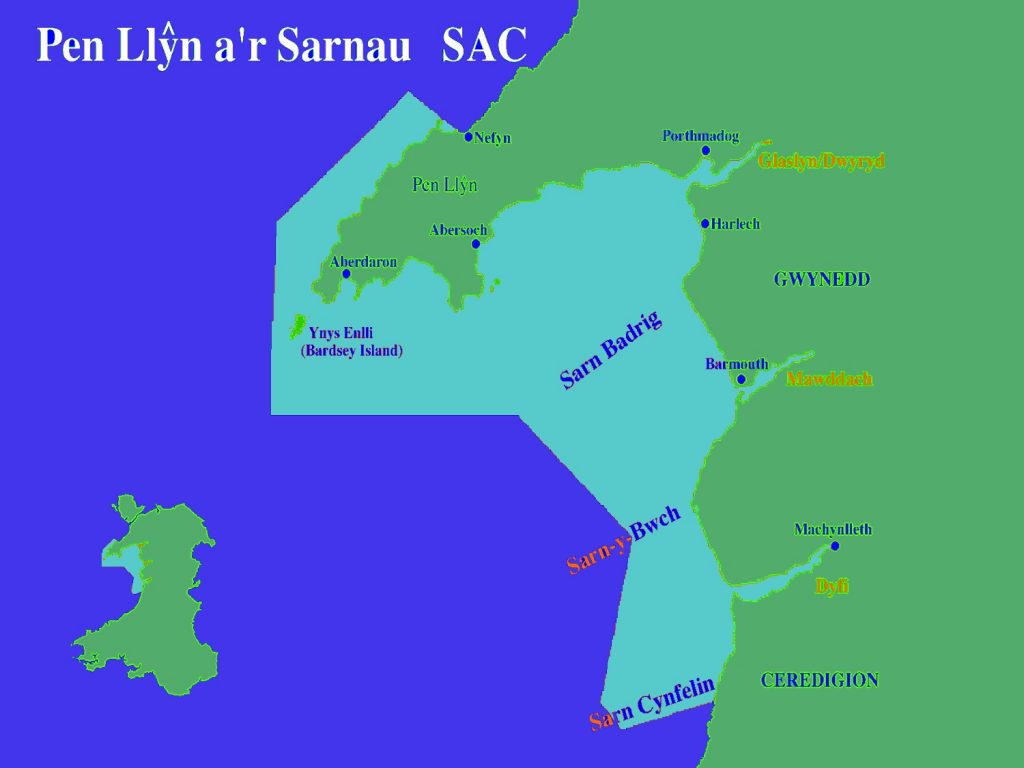